When percent-off the first purchase or cash back fails, this will surely attract more people to sign up!

Excerpts from our latest spam:

without all of the stupid spam bots

I got a similar kick out of that post.
Top

So Circuit City is pretty screwed (guess the free soda thing didn't work)... their stock has been doing so terrible recently that the NYSE has given them a warning that they may be delisted if they don't improve soon. They're about to close a bunch of stores (though this hasn't officially been announced yet).

Some people on Fark have commented that people aren't seeing their stores on the store locator anymore. The CC in Liberty opened about a year or so ago, and the next nearest one is only 7 or 8 miles west near the even more dead Metro North Mall, so I went to check and see if either of those stores weren't listed. This is what I get:

If the locator is actually indicating which stores are staying open, this means they're pulling out of the KC market entirely! Though maybe that means I might be able to get an HDTV on clearance. Price-wise, in my experience Circuit City has been better than Best Buy but other than that I don't really care for either. Of course once Circuit City leaves that just means that Best Buy will probably just further gouge its remaining customers until they go the same route.

Enough rambling; just thought it was interesting that the locator wasn't coming up with any KC stores.

--edit--
It's official - all KC Circuit City locations are closing. There were apparently only 5 in the entire metro area (Overland Park, Lenexa, Independence, Metro North, Liberty).

What we are currently being taught in Computer Engineering 315, in a chapter on I/O:

what a mouse is
what a scanner is

more to come, i'm sure

this class is so terrible... Dr. Hanna is pretty much the most incompetent teacher ever
Top

Marc Prablek (Ladue senior) has a quote in this Wall Street Journal article about Facebook.

When I discovered that Fidelity did something to the HD channels I was all ready to post something in "things that suck" but it turns out that it might even be better.

Normally on Mondays during the 7:00 hour I record both CBS and NBC - I am able to because they are on the same primary channel (90). But since CBS is airing reruns and NBC is showing reality crap, I scheduled House instead. But it failed to record, and it turns out that they apparently moved some channels around. Now they are:
90.0 - NBC Weather
90.1 - NBC
90.2 - CBS
90.3 - FOX

If MythTV is able to record three subchannels at once, my triple-booked Monday 7pm hour can all be recorded in HD now!
Top

(Yes, that's why the QG thread has that number)
Top

Umm... the birthday listing on the main page is 8 months early.
Top

Now this is comedy.

NOW, THEREFORE, BE IT RESOLVED BY THE HOUSE OF REPRESENTATIVES OF THE 1ST SESSION OF THE 52ND OKLAHOMA LEGISLATURE:

THAT the Oklahoma House of Representative strongly opposes the invitation to speak on the campus of the University of Oklahoma to Richard Dawkins of Oxford University, whose published statements on the theory of evolution and opinion about those who do not believe in the theory are contrary and offensive to the views and opinions of most citizens of Oklahoma.

THAT the Oklahoma House of Representatives encourages the University of Oklahoma to engage in an open, dignified, and fair discussion of the Darwinian theory of evolution and all other scientific theories which is the approach that a public institution should be engaged in and which represents the desire and interest of the citizens of Oklahoma. 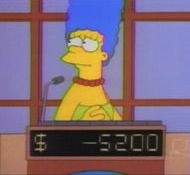 U. Lou Sthagaim wrote:Umm... the birthday listing on the main page is 8 months early.

So is the front page birthday listing stuck in October??? Or is it IfUEvrSayNvr2L8's birthday on the 20th of every month, considering that Charles' Oct. 20 birthday is not appearing (and I don't think anything else has ever showed up)?
Top

Why am I posting here when I should be sleeping??
Top

PenforPrez wrote:Why am I posting here when I should be sleeping??

On a similar note, why didn't I do anything else yesterday besides read over my posts in the Lexington thread 8 billion times and make refining edits instead of doing something else, like finally getting around to reading through the posted HSAPQ packets?

Could be worse. It could be the Nebraska legislator a few years ago who wanted to declare something akin to a state of war against Iowa. :rolleyes: I think it had something to do with riverboat casinos on the Missouri, but I don't remember now.
Top

PenforPrez wrote:Why am I posting here when I should be sleeping??

Why does anyone post here when they should be sleeping?
Top

In horribly appropriate fashion, the total number of UMR graduates this academic year (December + May) was announced today as being one thousand three hundred and thirty-seven...

U. Lou Sthagaim wrote:In horribly appropriate fashion, the total number of UMR graduates this academic year (December + May) was announced today as being one thousand three hundred and thirty-seven...

U. Lou Sthagaim wrote:In horribly appropriate fashion, the total number of UMR graduates this academic year (December + May) was announced today as being one thousand three hundred and thirty-seven...

How many of them are going to find jobs in the next 12 months??

Notice anything unusual about this weather map?

One of those locations is not like the others.
Top

Yeah, I was born in one of them! Unless you were talking about this "Nastville," which I've never heard of.
Top

Is everyone else getting this "dating just for geeks" advertisement every time they come to the board?
Top

DeckardCain wrote:Is everyone else getting this "dating just for geeks" advertisement every time they come to the board?

It'd be really nice if I could host the board myself and get rid of the ads, though if I do end up getting a new hosting account like I'm thinking about, it might actually be possible if the available conversion crawler tools work. How long have the ads consistently been annoying animations? (That's all I got in my quick sampling)

<hr />ZetaBoards has had favicon support since before we got migrated but it took them applying the default Zetaboards favicon for me to actually set one for the board.
Top

I JUST understood "U. Lou Sthagaim".

I wouldn't care so much, except i've been seeing that name for months and not realizing.
Top

I wouldn't care so much, except i've been seeing that name for months and not realizing.

Glad I could help you lose the game

I wouldn't care so much, except i've been seeing that name for months and not realizing.

Glad I could help you lose the game

No help was needed, my hobby is making others lose.

Yours was just extremely subtle and creative, and i kicked myself for not seeing it earlier.

I am such a nerd.

My dream vacation is to drive all the way across Canada, which I'm hoping to do this summer.

So out of curiosity, I just looked up pictures of license plates from Newfoundland.

Is it nap time yet??

Only when you breathe manually, sit up straight, uncross your legs, and lose the game. While simultaneously dying in a fire.
Top

OK, explain to me why I bought the bag of barbeque potato chips. . . .
Top

I saw someone on campus today who looked exactly like Jeffrey Hill, to the point that I almost stopped and asked him what he was doing in Rolla.
Top

DeckardCain wrote:I saw someone on campus today who looked exactly like Jeffrey Hill, to the point that I almost stopped and asked him what he was doing in Rolla.

Wow, scary. I doubt I'll ever be in Rolla unless it's for a quizbowl tournament or with my parents to visit Katelin.
Top

So tonight's my roommate's first show. She joined the local burlesque group. I am SO EXCITED. plus I ain't stayed up late in...since New Year's Eve, probably, when I got approximately one hour of sleep (damn snorer!). ummm but yeah! I've barely gone out since I started teaching! And I'm going to a college party tonight (LMAO) and then the burlesque show! And, better yet, tonight's show is Disney-themed...my roomie is Tinkerbell. bahahahahahahaha!

my life is awesome. that is all. Oh yeah, and I teach at a year-round school--6 weeks on, a week or two off--and I have been on break this week! woohooooo!
Top

Oh yeah, and it's WARM! and I bought new heels! and red lipstick! and, hahaha, really I just thought this thread needed some estrogen...
Top

My drive from Columbia to KC on Saturday night was strangely relaxing or something like that... partially due to the weather I ended up hovering around 60-65 most of the way (speeds which would usually annoy me to death, but was about the average traffic speed on that half of the drive) and I didn't care at all. I didn't really try to maintain any one particular speed - I just went whatever relatively slow speed I felt like without thinking about it, not caring that even semis were occasionally passing me. Who knows if that will ever happen again! In general though, the whole trip to St. Louis this weekend was pretty awesome!

OMG. So I picked up a movie from the bargain bin at walmart today. Raise your hand if you knew that before her roles in Star Trek and Avatar, Zoe Saldana was in Crossroads--not me! I just bought it because I have the biggest girl-crush ever on Britney! Justin Long's in it, too, playing pretty much the same character he played in Galaxy Quest...IT ALL COMES BACK TO STAR TREK. even britney. who knew!
Top

I just sneezed and my abs sent out pain signals so hard that I nearly just blacked out.
Top

ZhangC1459 wrote:I just sneezed and my abs sent out pain signals so hard that I nearly just blacked out.

My chest usually hurts when I sneeze. I used to get so much pain when I sneezed that I needed several minute to recover.

I'd be clutching my chest and people would think I was having a heart attack.

Not that I'm cheating on britney, but I completely adore lady gaga. a much more intelligent lead female pop star.
Top

Why Rush Recognition Exposition? Or am I just missing something?
Top

Passed a tour bus on 170 on my lunch break. It was for a group billing themselves as "Clowns for Jesus."
Top
Post Reply
1031 posts