Quick placeholder for now... I'll edit this post in the next day or two with the full details like previous years' threads.

HSNCT Qualification Criteria
1. Finishing in the top 15% of the field at any event that uses NAQT questions.
2. Finishing as the highest-placed team at an NAQT State Championship or NAQT State Qualifier that had not qualified for the HSNCT prior to the state tournament.
3. Being the top team from a small (public) school (by NAQT's definition) at any event that uses NAQT questions, so long as the team also finishes at least tied for the median position in the overall standings. (NAQT defines a small school as one with "fewer than 500 students in grades 10-12 and a non-selective admission policy.")
4. Winning any class or division of an official state championship with rules and questions similar to those of NAQT.

HSNCT Fees/Discounts
* Base fee (on or before April 29): $575; (after April 29) $595 [If you first qualify after April 1 the cutoff date is May 9]
* Buzzer systems: -$30 per system, each team may claim up to two such discounts. Lockout systems will be tested at check-in, and those that don't have at least eight functioning buzzers will be denied the discount.
* Qualified, experienced scorekeeper: -$75 discount. This scorekeeper will not necessarily scorekeep for his or her school's matches; he or she will be assigned as the tournament director sees fit. Also, a team claiming this discount must still have at least one adult coach/chaperone with the team at all matches.

The 2011 PACE National Scholastics Championship will take place on June 4 and 5 at Northwestern University in Evanston, IL.

Savannah won in Iowa State this weekend, qualifying us for NAQT Nationals. WE went 11-1 and won the finals over Ames A if anyone was curious. It was pretty fun actually.

Helias and Rock Bridge should qualify for PACE NSC based on the tournament I held this weekend, I believe.
Top

Finally got this updated... sorry for the delay.

In addition to the mentions above, congratulations to Oakville for qualifying for HSNCT and NSC at the St. Louis University Academic Competition on October 30. Villa Duchesne qualified for both tournaments once again at this tournament.
Top

NASAT 2011 will be at University of Maryland, College Park.
Top

I have been told that Jefferson City will be in the next round of tournaments the certification committee votes on, and will press for ISU to be on that list as well.
Top

To teams that have qualified for the NAQT HSNCT, you can already register for it. The link is at http://naqt.com/registration/field.jsp? ... nt_id=3351
Top

I'm really bad at keeping this up to date this year...

ashkenaziCD wrote:I am pleased to announce that this tournament is officially the first tournament ever held in Missouri to be awarded Gold certification by PACE. This means that Ladue A, Clayton A, Jefferson CIty, Rock Bridge A, Ladue B, and Parkway West A will receive bids to the National Scholastics Championship at Northwestern University on June 4th and 5th. These teams are also able to register for the NSC on January 1st, which is earlier than teams with regular bids, and they will get a $50 discount from their entry fee. Congratulations to these teams, you all did an incredible job to warrant our gold status. It's a true sign that the quality of the circuit here is improving incredibly quickly.

In addition, pending confirmation of PACE affiliation, Savannah has qualified for PACE NSC for the first time at the Missouri S&T Fall Tournament on December 11! Clayton qualified once more for NSC at this tournament.
Top

All the gold certified teams (Ladue A, Clayton A, Jefferson City, Rock Bridge A, Parkway West A, Ladue B, Savannah, Richland A, and Oakville) can register for the NSC as soon as they want. The registration information is at this link - http://pacensc.wufoo.com/forms/2011-pac ... istration/

Additionally, on January 15th the teams with multiple bids to the NSC but none from a gold tournament can register. I believe Villa Duchesne is the only such team in Missouri right now.
Top 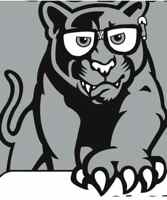 From here on out, all teams with bids to PACE can register.
Top

St. James is scheduled to run an NAQT Missouri format set tomorrow. I'll try to see if I can get some results from that.
Top

According to Facebook, I'm pretty sure that tournament is not happening.
Top

octo wrote:According to Facebook, I'm pretty sure that tournament is not happening.

I hadn't heard anything. What did you see?
Top 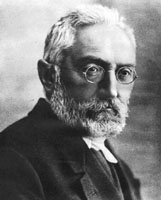 I do know that they missed school all week if that says anything.
Top

Sorry for double posting, but the event is canceled for tomorrow. It's on the school's website.
Top

we be registered
Top

Also, for teams that intend to sign up for the NSC but haven't done so yet, it's worth mentioning that paying before (on?) March 1 gives a $25 discount.
Top

According to Chad Kubichek, Liberty has signed up for HSNCT.

octo wrote:Also, for teams that intend to sign up for the NSC but haven't done so yet, it's worth mentioning that paying before (on?) March 1 gives a $25 discount.

If the check is in the mail by March 1, I'll grant the discount.

Also, Parkway West is in, putting the field up to 39 teams.
Top

In better news, Helias is now added to the field of the PACE NSC. That's 5 teams to PACE, the most we've ever had before at PACE was 1.
Top

Rock Bridge B is now the first B team from Missouri that has registered for nationals.
Top

Discussion of the 14 tournament limit split to here.
Top

Oakville is now going to the NSC!
Top

As it stands, there are only 12 slots left for the NSC, and they're going pretty quickly.

Forgot to note that Villa Duchesne is in the field.
Top

North Shelby seems to have taken their HSNCT bid.
Top

We have now signed up for HSNCT.
Top

So has Ladue.
Top

Park Hill South had a meeting today. We have decided to register for HSNCT in Atlanta!
Top

It sounds like Rock Bridge A is going too.
Top

How are y'all getting down (those of you who go to HSNCT)? We're considering driving, and we've floated the idea of sharing a big bus with other teams if they would be willing to split the costs.
Top

Just a reminder to all teams that they should consider this event pretty strongly - http://moquizbowl.com/viewtopic.php?f=2&t=2191
Pre-Nationals last year was great fun and I expect it to be even better this year, but we need more teams to make that happen. This is your chance to shake off rust before nationals (especially if you don't make it out of districts), after all.
Top

PHSouth wrote:Park Hill South had a meeting today. We have decided to register for HSNCT in Atlanta!

Yay! More KC-area teams! I think you guys will do pretty good. It's tons of fun. Isnt this PHS's first year at HSNCT?
Top

Mewto55555 wrote:How are y'all getting down (those of you who go to HSNCT)? We're considering driving, and we've floated the idea of sharing a big bus with other teams if they would be willing to split the costs.

If this gets steam, I'd be willing to go in on this.
Top

Max, Rock Bridge is interested in looking into the coach bus possiblility. Do you have any idea on costs?
Top

Park Hill South is officially registered for the HSNCT!
Top

bruins4life wrote:Max, Rock Bridge is interested in looking into the coach bus possiblility. Do you have any idea on costs?

I tried to get quotes and costs for this were shockingly expensive, especially if we can't fill a 56-person bus (which we won't be able to do). I doubt this will be worth it.
Top

Eureka is now in the field of the HSNCT! They had a field expansion, so people should sign up.
Top

bruins4life wrote:Max, Rock Bridge is interested in looking into the coach bus possiblility. Do you have any idea on costs?

I tried to get quotes and costs for this were shockingly expensive, especially if we can't fill a 56-person bus (which we won't be able to do). I doubt this will be worth it.

Daggumit. Meh, I need the week off anyway to finish NSC prep.

PS: There have been a couple drops in the past few days, so there is ample space. If you're worried about cost, you can apply to be a standby team.
Top

Heartland is in the process of signing up for HSNCT.
Top

Hopefully this is the right thread in which to post this; Ladue is bringing exactly one girl to the HSNCT, which is an awkward number. Are there any other teams in a similar situation who would like to combine forces to save money and have our players share a room?
Top
Post Reply
46 posts • Page 1 of 1